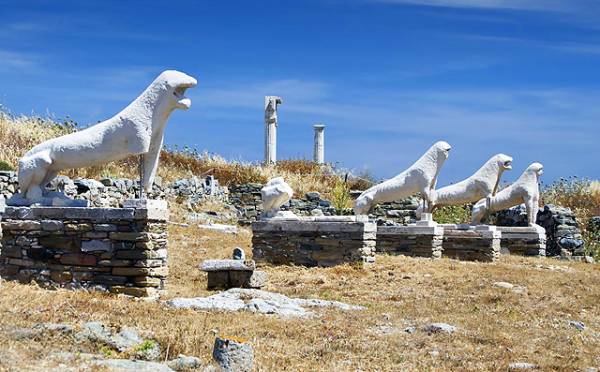 An island of Cyclades near Mykonos. One of the most important mythological, historical and archaeological sites in Greece. During Mythology, the island is known by the birth of god Apollo and Artemis. When their mother Letο got pregnant from Zeus, Hera was outraged and chases Leto everywhere. That why Zeus with the help of Poseidon offer shelter to Leto at the island of Delos.

Known from the ancient Greeks Delos has the biggest brightness in the whole world emitting ionizing magnetic fields which are create wellness and raise the eroticism like Mykonos. 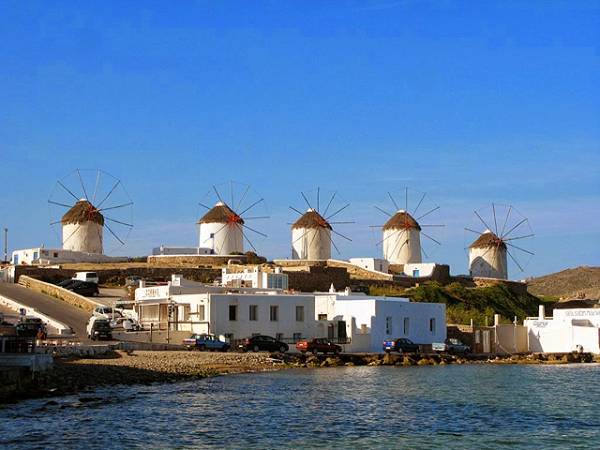 There were 10 windmills years ago, the one next to the other, overlooking the North. They were grind wheat and barley producing flour for every use.

Our tip: Admire the last windmills up to Little Venice and ensure your photographs at the most famous place at Mykonos. 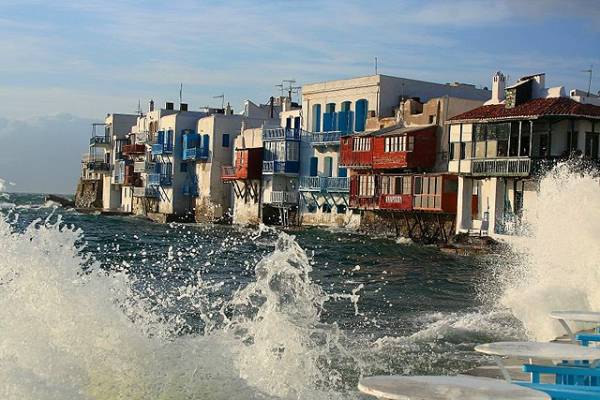 Firstly known with the name Aleukandra, taken from the women of the area who wash their clothes at the seashore of the area, let us say whiten their clothes. Later renamed to Little Venice because all of the houses douse from the Aegean sea.

Our tip: The ideal place for having your cocktail admiring the sunset and the wooden colourful balconies which you thing that they are hanging above the sea.

The Church of Panagia Paraportiani is situated in the neighbourhood of Kastro, in the town of Chora. Its name literally means "Our Lady of the Side Gate" in Greek, as its entrance was found in the side gate of the entrance to the Kastro area.

The building of this church started in 1425 and was not completed until the 17th century. This impressive, whitewashed church actually consists of five separate churches attached all together: the four churches (dedicated to Saint Eustathios, Saint Sozon, Saints Anargyroi and Saint Anastasia) are all on the ground and constitute the base of the fifth church that has been built on top of them. (Wikipedia) 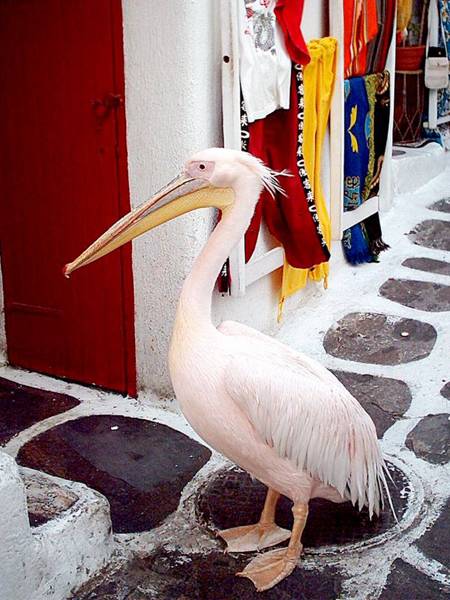 At 1958 a local fisherman found a pelican who was hurt and took him back to the island to take care of him. After the pelican got well he never left the island becoming the mascot of the island. His name was Petros. The pelican died from car accident at 1985. Since then Mykonos has never been without a pelican. The new one has been named Petros as an honor of the first pelican of Mykonos. You will find him walking around Mykonos Town and eating small fishes from the restaurants nearby.